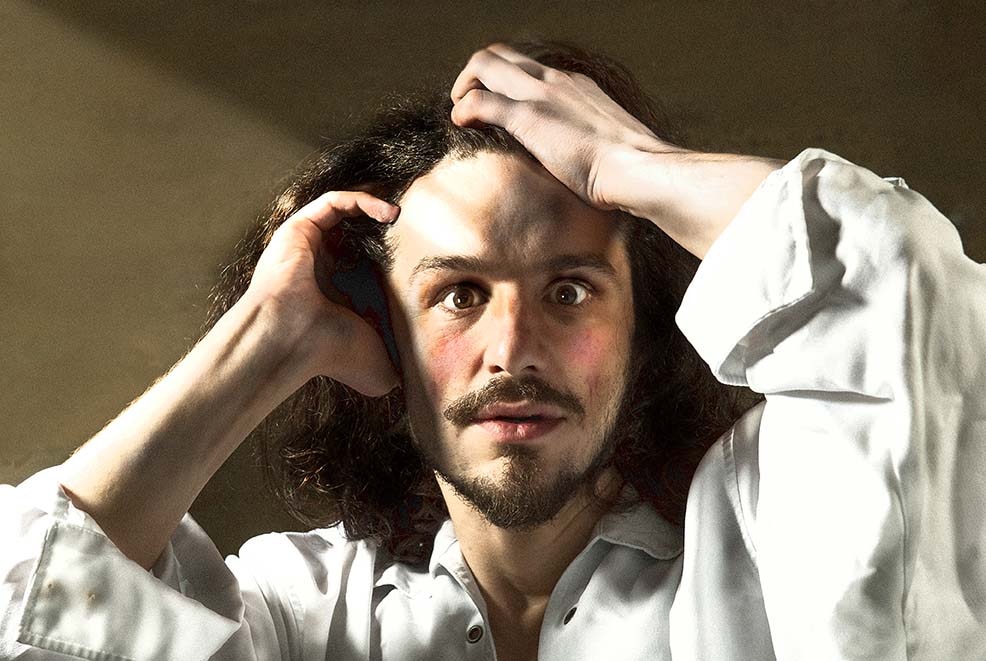 The self-portrait has long been employed by artists to convey different messages or psychological states in their art. In fact, the exploration of the inner being through self-representation has been well documented among some of the most influential and monumental figures in Western and Eastern art.

Gustave Courbet (1819-1877) can be added to this illustrious group of artists. As one of the most recognized painters of his time, Courbet earned success as a young man, though a period of uncertainty and financial misery pervaded his life until the mid-1850s. Further, letters to family, friends, and patrons suggest that even as late as 1860, Courbet was susceptible to melancholy. Significantly, between the years 1840 and 1850, Courbet produced nearly 24 self-portraits that offer his viewers a glimpse into the formulation of his early identity and psychological evolution. As scholar Dominique de Font-Reaulx has noted, “the early self-portraits are a window into the artist’s early training and development. The visual habits formed in these works would continue throughout his oeuvre.”

We decided to try and recreate portrait images as an alternative to images which are more complex and feature multiple characters. This should be simpler but it is absolutely not. When you are capturing a face then there is no where to hide. Unless one of our group look very like the image you are recreating you have no chance. The best you can do is try and get the lighting right hand positions etc and hope for the best. I need to keep telling myself that if the representation was faultless then the whole idea become a little pointless. In this first image Joe Haydon defiantly looks like the disparate man but the scaling size of his head was impossible to get right. We need to remember we are trying to replicate a painting with real people there is no bending or stretching going on so it will never be completely on the money.